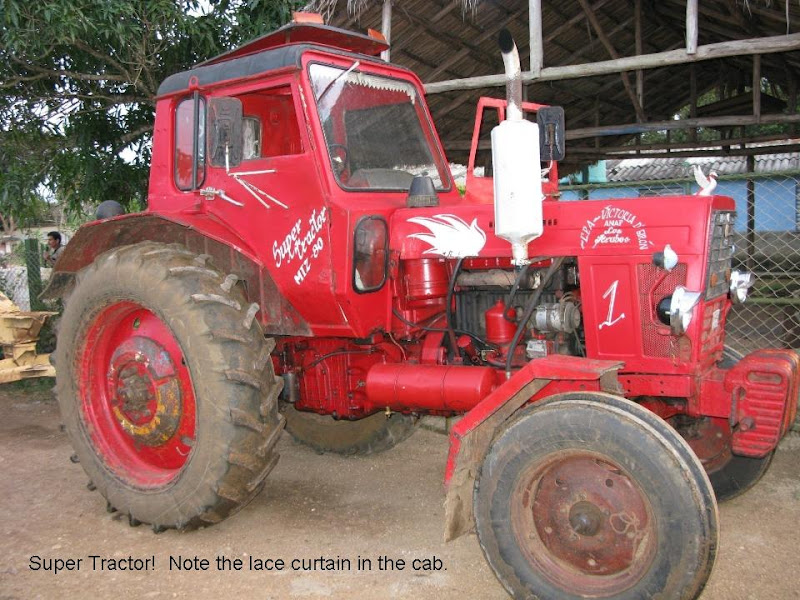 (Note: I didn’t realize this essay would require posting in two parts – read the post below first! Robbie LaFleur)

Poverty in Cuba is crushing. The infrastructure of Havana and the small towns through which we traveled was in depressingly disastrous shape. We visited a group of elderly people in a ‘home church’ in Havana. They can’t afford the modest bus fare to get to the Cathedral. They support one another spiritually and in other ways. Our group was moved by these parishioners and wanted to make a donation. When asked about their greatest needs, they said basic pain killers, like Ibuprofen. Remarkably, they could not tell us what a large bottle would cost. The pills are so expensive that no one buys more than a few at a time.

I have the highest respect, admiration and love for the people I met in Cuba. Their warmth and hospitality humbled us each day. And I respect the Cuban government’s long-term dedication to health care and literacy. But lack of freedom of movement and lack of access to information are other forms of poverty, and create a situation that makes people guarded and cautious. The harshest government criticism I ever heard was the often-repeated phrase, “These are hard times for Cuba.” (Compare that to Minnesota bloggers talking about the Legislature!)

As a librarian for the Legislature, I spend a great deal of time promoting government transparency. Legislative staff members from many offices work tirelessly to find more ways to get legislative information online and to reach citizens. As a board member of the Minnesota Coalition on Government Information, I work with a group devoted to citizen access to information. We present an annual “Freedom of Information” award. Through the lens of my experience, I was amazed at information isolation of Cubans.

So I commend the Minnesota House of Representatives. Trade and open borders are incredibly important in helping the people of Cuba. Why should Cuba be singled out for onerous trade restrictions? When a Cuban bishop visited the Twin Cities last fall he asked, “What about human rights issues in China?” Rep. Heidgerken echoed that sentiment on the floor of the House, noting “I have a bigger issue with China than Cuba.”

Significantly freer trade could not help but improve access to information for Cubans. Think of the amount of personal business we now do via the Web. How long can the Cuban government continue to restrict Web access and also offer increased business opportunities?

Some recent articles on Cuba are optimistic in tone. The March 3 issue of Business Week featured “After the Smoke Clears,” predicting economic growth potential in spite of current difficult conditions for Cubans. I hope that’s true! On the other hand, current government repression of opposition groups is detailed in the May, 2008, issue of Harper’s, “The Battle of Ideas: Searching for the Opposition in Post-Fidel Cuba.”

So thanks to all the Minnesota legislators who support greater trade between Minnesota and Cuba. Rep. Kahn said that by passing the resolution, Minnesota is sending the message that it wants to open up “economic, intellectual and social” communications with Cuba. But in addition to farm products, I hope that when travel opens up that we can send LOTS of Minnesotans with plasterboard and paint!

View all posts by admin